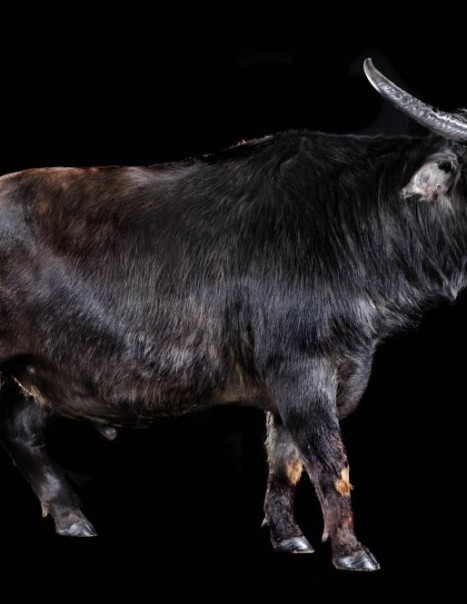 The Water Buffalo, often called Asian buffalo, has often been domesticated for use as a draft animal.

The water buffalo is one of its cattle species is the best known. Asian buffalo is part of the order Artiodactyla is an order of placental mammal, which means that the embryo develops fully in the womb and is nourished through the placenta during the entire gestation time, it takes about 11 months for water buffalo. Regarding this species, the female does one small litter.

The water buffalo is an animal that can be described as quite large, in fact sometimes this pet, sometimes wild can measure up to 1.80m at the withers, and its horns can reach up to 1.20m long. This animal usually weighs between 250 and 550 kg, but its body weight up to 800 kg. The body length ranges from 240 to 300 cm.This animal in its optimal conditions of life can live up to 30 years. Its body, because of its weight is characterized as massive and there is little hairy. The water buffalo is a powerful animal with broad hooves, especially suited to marshland. Gray, brown or black, its head on which are small ears, is relatively close to the front.

This big guy is yet herbivore and feeds mainly on grass pastures, but the leaves of bushes and trees.

Whatever is done increasingly rare in the wild, the water buffalo is often confined within narrow regions of the Indo-Malay Peninsula and Archipelago, that is to say the part southeast Asia. Water buffaloes are also found in India and Japan. Wild populations who live in Bhutan, India, Nepal and Thailand, however, are threatened by loss of habitat, by disease, as well as hunting.