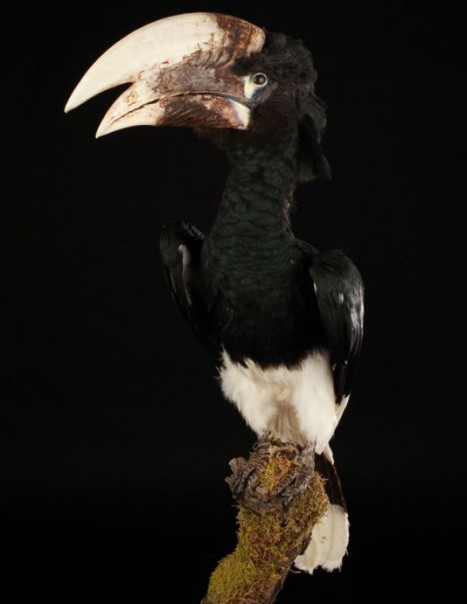 Although it holds a distinct territory and is different from the color of its plumage, the white-thighed hornbill is still considered by some authors as a subspecies of brown cheeks Hornbill.

Its body is glossy black, rump, belly, tail and wing tips are white. Eyes are pale yellow. Irises are brownish, feet and legs are black.

Females are smaller, they have a smaller beak and a smaller helmet. Juveniles are duller and have not a helmet yet.

They generally live in vast tracts of forest. These are birds of plains and lowlands. Sometimes they can be observed in mountainous areas up to 4000 meters.

They are native to Western and Central Africa. Their range extends from Benin and Nigeria towards the east to Sudan and Uganda. The southern boundary of their territory lies in the center of the Democratic Republic of Congo and northern Angola.