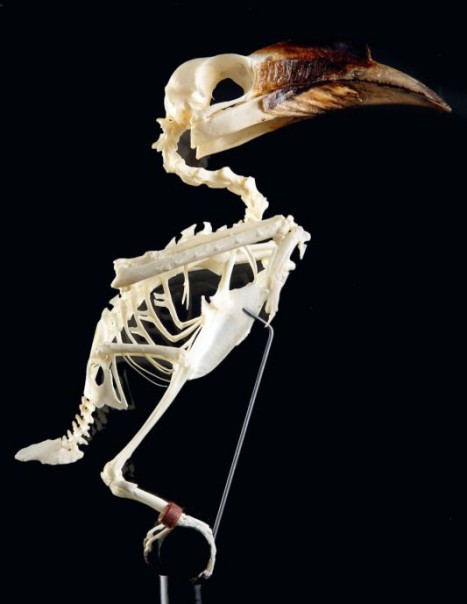 The Visayan hornbill belongs to the family of Bucerotidae which consists of thirteen genera and fifty nine species.

There is two sub-species:

This bird lives mostly in Guimaras Island, Masbate, Negros and Panay and in the islands of Sicogon and Pan de Azucar. It is located in the Philippine forests.

It can be seen below 1100 meters but by some hunters, they are increasingly seen above 1500 meters.

This bird has a physical aspect that differentiates it easily. It has a white plumage with the black wings, tail, cheeks with some green highlights, has an elongated beak and curved dark red with yellow stripes and a red helmet that identifies it. It measures about 65 cm and weighs 486 grams when fully grown.

The Visayan hornbill is a vegetarian and feeds in groups of up to twelve tarictic hornbills. It mostly eats fruits and berries and some insects, lizards and worms. It can also hunt the flying ants. To feed, it uses its long beak to catch insects including buried underground or hidden behind the tree bark.

In terms of reproduction, during the nesting period between March and April, the female lays two or three eggs. Incubation lasts between 28 and 31 days and it takes about 50 to 65 days for the chicks emerge. It takes about 95 days of breeding cycle. To reproduce, the female will trip away in the hole of a tree, it is the male that feeds through the slit in the hole.

This bird is an endangered species and its population is declining.