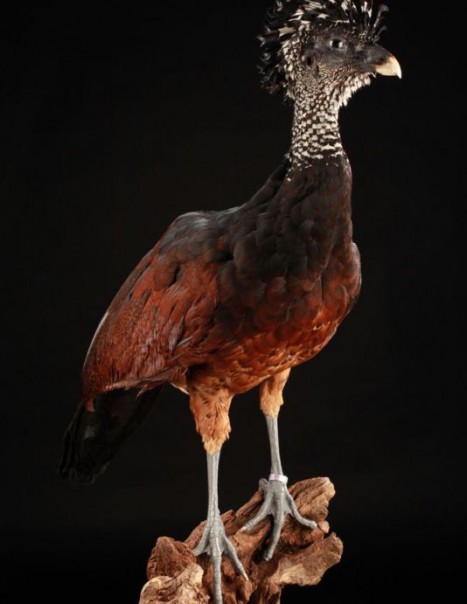 The great hocco belongs to the Cracidae family. The hoccos are a subfamily of birds consists of 4 genera and 14 species.

These birds come from neotropical forests also called terrestrial biogeographic regions. This part of the world is Central America, South America, the Caribbean, the Galapagos Islands and Mexico.

They operate in fauna and flora in tropical and subtropical conifers.

It measures between 78 and 92 cm in length and can weigh up to 5 kg, which places it among the largest Cracidae. There is a sexual dimorphism.

The male has a black plumage on top, white below, a yellow beak, short, crooked, flattened transversely, topped by a yellow tuber. It has a tuft of curly feathers on the head. Legs are gray.

The female is polymorphic. There are three types:

The three are red-tailed with white stripes, curly crest is present, yellow beak without tubercle and white paws.

It lives mainly on the ground, alone, in pairs or small groups. It sleeps in trees

Its call is a “guiip guiiit guiiiiu”. During the breeding season, the male emits a “hmmmm” low and deep in several colors.

It makes its nest in a tree, between 1 and 3 meters high. The female lays two white eggs between March and May.