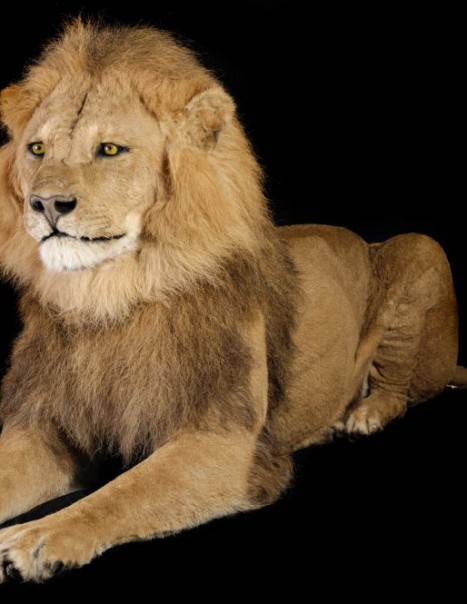 The mane of the Asiatic lion is less dense than its African counterpart: it is common that the ears are clear rather than being buried in the hair. Another point of differentiation is a skin pouch (a gusset) which extends under the belly to back legs that the African lion rarely develops.

The Asiatic lion usually has a thicker coat and a tuft of longer hair at the end of the tail and the male measures on average 1.9 meters long (head and body) for a tail of about 80 centimeters.

The Asiatic lion is a territorial predator living in small troop. Unlike the African lion, the group is small (two to six males) and defends a territory occupied by several groups of females . Association between males and females only occurs during the mating season or when big game hunting. Asian lion prey is composed of deer like sambar, Cheetah and sometimes cattle.

The Asian lions are not considered to be man-eaters.