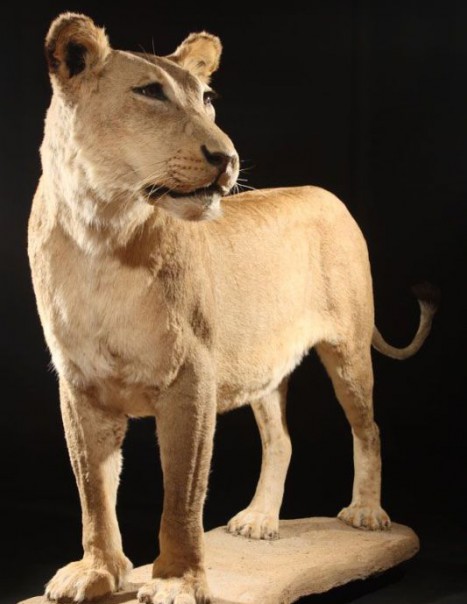 We realize unique and original mountings of stuffed white lioness !
As our work is on measure, you can choose the mounting and the pause of the animal : walking, sitting, standing up, …
Stuffed head lioness is also possible.

The lioness is the female of the lion.