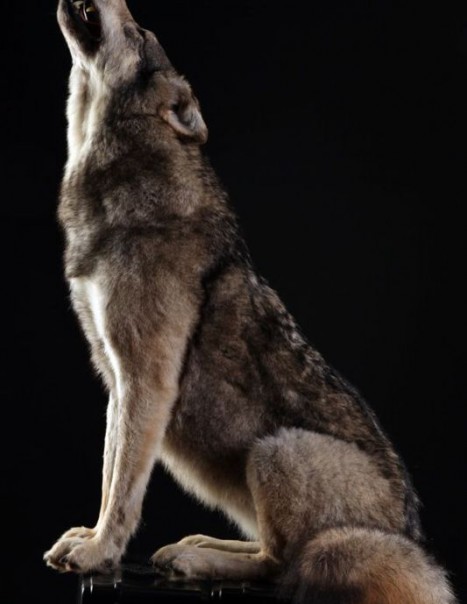 The wolf is the most common name of the gray wolf, also known as the eurasian wolf.

The gray wolf has generally a gray dress darkened by black hair. Individuals may be entirely black or white or have a fawn, brown or red coat. At the end of each spring, the animal moult to wear its summer fur.

Compared to the German shepherd or husky, gray wolf has a large head and powerful jaws with long canines from 6 to 7 cm. A gray wolf has a highly developed sense of smell and hearing. It can run faster and longer. This is a nyctalope animal whose eyes seem to glow in the night and has a viewing angle of 250 °. Each wolf is recognizable by its howl.

Living and hunting in organized packs, wolf obeys a strict hierarchy led by a dominant pair. Only one procreate and decides to hunt. It also feeds first. It can be stripped of its position by a subordinate. In general, the size of a pack varies by a couple to dozen individuals.

Wolves are carnivorous, feeding herbivorous animals such as elk or deer. It can consume up to 4.5 kg of meat in one catch but can fast for a whole week. In autumn, salmon belong largely on its menu. It can also attack the sheep.

Wolves breed, by region, from January to March. The female gives birth to a litter of one to seven cubs after a gestation period of about 2 months. The young are born covered with fine hairs and weigh between 300 and 500 g. They are sexually mature at the age of 22 months in the wild and 10 months in captivity.