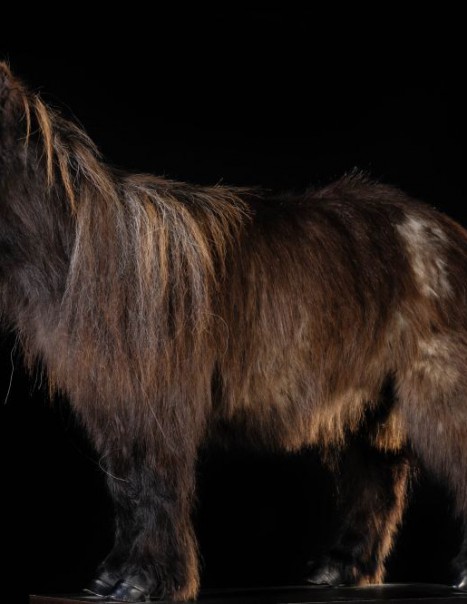 The falabella miniature horse is originated from a cross between the English small thoroughbred horse called welsh ponies with Shetland.
It owes its name to the one to complete this experience, Mr. Julio Falabella. This little pony is not more than 85 cm and weighs between 30 to 80 kg. They have very small ears and all colors exist in this breed. The Falabella is known to be a very kind and very docile animal. It is for this reason that it is considered a perfect companion animal, although it likes to live outdoors.
In general, the head of a Falabella shows the characteristics of a horse, but some of them look like Shetland. While it may be called pony, it is considered a miniature horse. It is a small very graceful horse, but it is a little weak physically because of its small size. Therefore, its breeding requires minimal equestrian knowledge. It has the same needs as a normal sized horse area, paddock, box … However, they do not need special care that a normal sized horse. These are also animals that are resistant to cold, heat and moisture. It can live up to 45 years.

Falabellas have a force that is disproportionate to their small size. They are used to pull small carts. They can also work in tether, in long reins … Often, they are used during various shows and demonstrations, as circuses or show jumping.