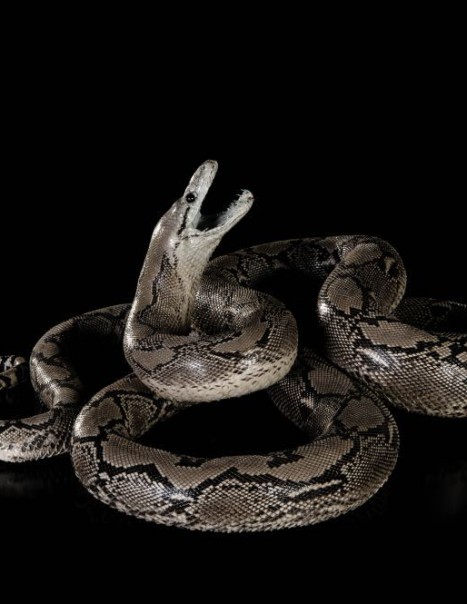 Phyton refers to several species of snakes. There are different kinds of python by their shapes: ball or giant.

The ball python, also named python, is the best known of its kind. It is ranked among the reptiles of the order Squamata and the family of Pythonidae. The animal occupies the Africa region, mainly the center and the west. It lives in the forest, but most species live in humid savannas or desert. The ball python is the heaviest despite its small size, between 1.20 and 1.50 m. It is characterized by its white color cream mottled dark brown.

In general, the color of pythons depends on their location and the natural environment in which it operates. Semi-domestic pythons are almost all brown colors with dark stripes while those of tropical forests are white or yellow. In the anal cavity of python, there are spurs, they are longer in the male and almost invisible in the female. This animal is also characterized by its highly flexible jaws that allow it to swallow large prey. Mainly carnivorous, feeding on different animal species, but especially domestic pythons eat rats and mice. The python is a nocturnal species. It hunts at night and hide in burrows or bushes in the day. Shy and often stressed, it forms a ball for hours when it is under pressure.

This animal lives an average of 30 years, life expectancy up to 47 years.

At the age of 4, python reaches sexual maturity. Gestation lasts 28 days and the female can lay up to 6 eggs.

Contrary to popular belief, the python is a quiet nature animal. It becomes aggressive only when provoked or when it feels threatened. It can even be domesticated as many animals. Just make sure you know it, remain very vigilant and constantly adapt to their lifestyle.