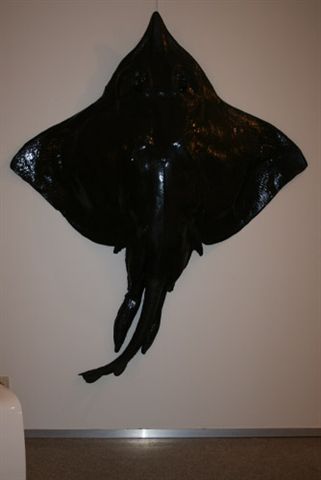 Rays are sharks with flattened body, but also include other types of cartilaginous fish such as sawfish, torpedoes, fish guitars … The term derives from the Latin raia line, term applied this type of fish.

The rays are distinguished by their flat body with wing-like fins. Most live on the bottom of the sea, they feed on crustaceans or fish. Some species have a stinger whose bites are painful and sometimes fatal for humans.

Some rays are ovoviviparous like Manta, those of the French coast are often oviparous. Each egg is contained in a highly resistant capsule. Months after laying, a miniature ray goes out.

The rays have a long life and a slow reproduction, they are very sensitive to human pressure, 26% of these species are close to extinction in the North Atlantic against 42% in the Mediterranean, considered as the most dangerous sea in the world for this fauna, including the giant manta ray and Malta, this because of overfishing.

The Wings rays are consumed by humans.