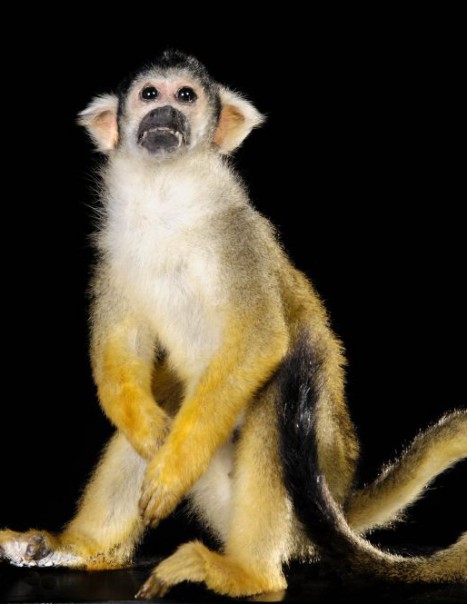 The common squirrel monkey is a small primate belonging to the Cebidae family.

Squirrel monkey fur is short and close, colored black at the shoulders and yellowish orange on its back and extremities. Their throat and the ears are white and their mouths are black. The upper part of their head is hairy. Squirrel monkeys grow from 25 to 35 cm long, plus a 35 to 42 cm tail. They are equipped with a long and hairy tail, flat nail, curved small hallux and pointed claws. Female squirrel monkeys have a pseudo-penis that they use to display dominance over smaller monkeys, in much the same way the male squirrel monkeys display their dominance.

Squirrel monkeys are divided into two groups according to the shape of the arc created by the area of ​​white hair and depigmented skin around the eyes.