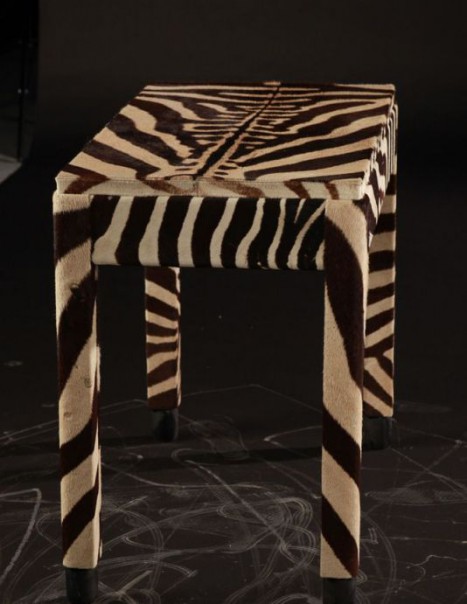 We realize many decorative items on measure with skins of zebra, giraffe or cow.