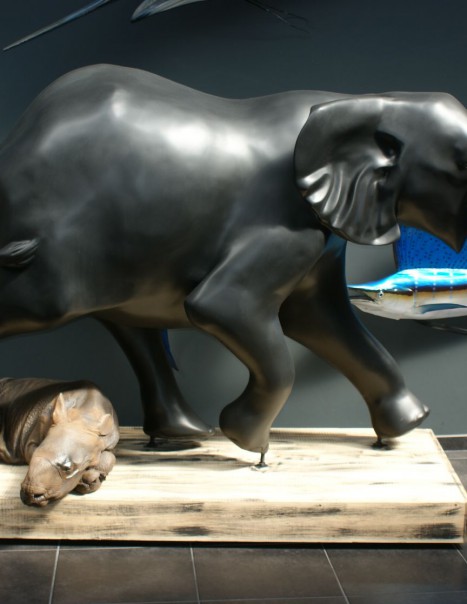 Molding in polyester- color : black with possibility to drawn on it with pieces of shalk !

Elephants live up to around 70 years