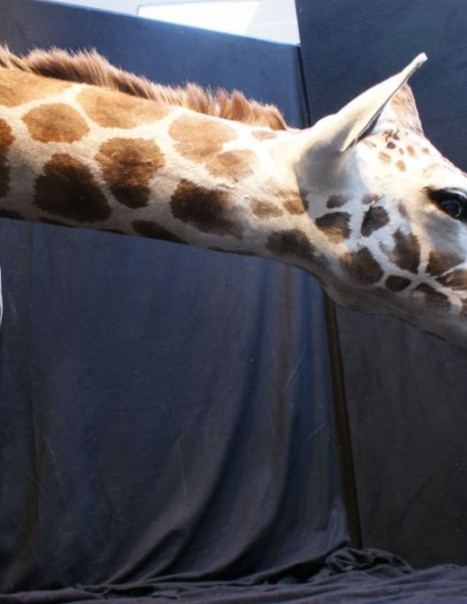 We realize mountings on measure of giraffe stuffed head.

The giraffe shoulder mount with turned neck is really amazing!

Regarding the reproduction of the giraffe, there is often fights between males for females honors. Females can start putting down from 5 years. Gestation lasts 15 months. At birth, the girafon measures 2 meters for a weight ranging from 40 to 80 kg. The baby giraffe will remain with its mother for the first few months; the withdrawal will take place between 12 and 16 months but girafons continue to live with the females until the age of two years. Sexual maturity occurs between 3 and 4 years for females and 4 to 5 years for males.