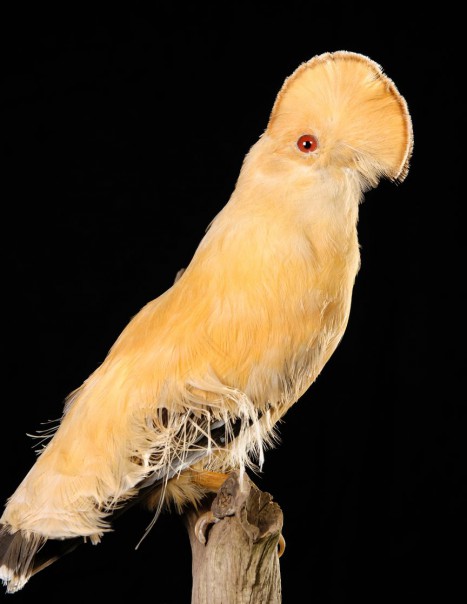 The Andean Cock-of-the-rock is the national bird of Peru and the most popularly recognized bird of the cloud forests of the Andes Mountains (from Venezuela to Bolivia).

This species is a medium-sized passerine bird of the Cotinga family. It has four subspecies and its closest relative is the Guianan cock-of-the-rock.

Males spend much of their time displaying at “parade ground” or “lek”, where they jump up and down on particular branches and utter low, guttural croaks. Gatherings of males compete for breeding females where each male displays its colourful plumage, bobbing and hopping, and making a variety of calls. After mating, the female makes a nest under a rock overhang, incubates the eggs, and rears the young, all by herself.

The name is derived from their preference for rocks and ledges as substrates for their mud nests.

The Andean cock-of-the-rock eats a diet of many organisms. It consistently eats fruit and occasionally feeds on insects, amphibians, reptiles, and smaller mice.

Even though it is being affected by its habitat destruction, the Andean cock-of-the-rock is not near enough to the threshold of becoming threatened.