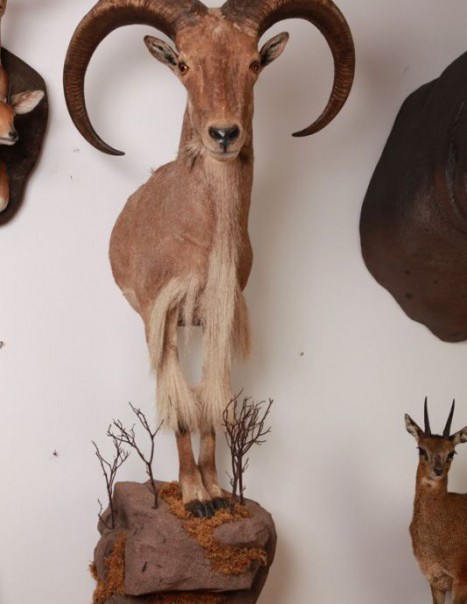 This species is native to the desert mountains of North Africa, it is sometimes called mouflon Barbary Aoudad or Arui.

It is a bovid of the subfamily Caprinae.

It is medium in size and does not exceed 1.70 m long without the tail and weighing 40-145 kg. Adult male bears horns that reach 84 cm long, the female with horns up to 40 cm. They soar upwards and are curved semicircular diverging towards the rear.

Barbary sheep is threatened in its native habitat, but acts as an invasive species in Spain and the United States, after being introduced for hunting. It is not as fast in the race as the other sheep, but more agile than others to move through mountain rocks.