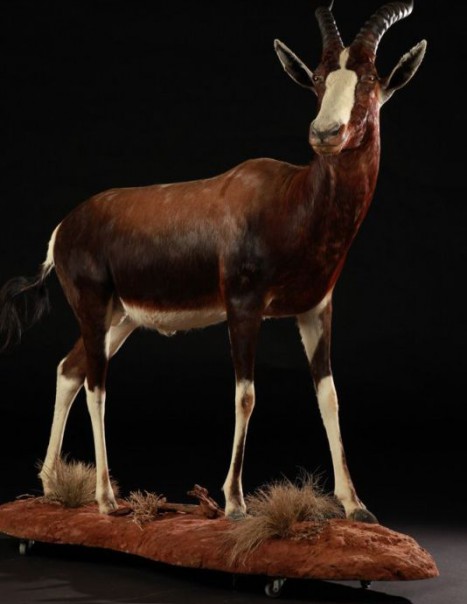 The Blesbok has the allure of an brown antelope, with tall horns up to 50 centimeters, a broad white band covers its  forehead. It has an average size; the length of its body is about 1.5m.  A male weighs 65 kg to 85 kg and a female does not exceed 70kg.