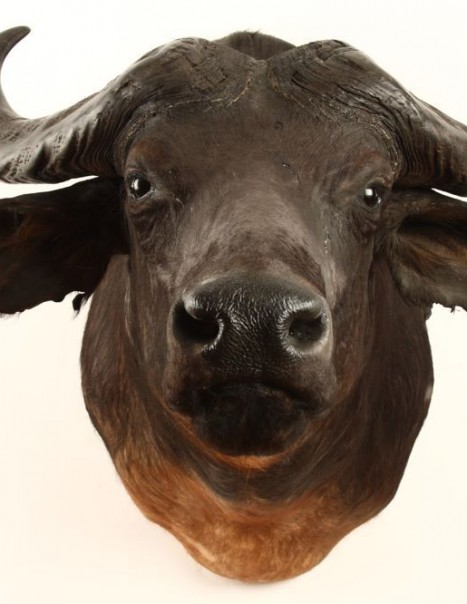 The nile buffalo is a large African bovine. It is confined to the savannas of Central Africa, in countries such as Congo, Democratic Republic of Congo, Ethiopia, Sudan and Chad.

It is similar to the Cape buffalo, but somewhat smaller, and its color is lighter. This subspecies is sometimes included in the Sudanese buffalo.

Its coat is fawn dark brown color. It has hard, long and regular hair that extend all along its body, but its belly is slightly lighter. Its horns can reach up to 1.50 meter but smaller in female. It has a band of 18 to 20 cm wide that is separated only by a skin about 3 cm.

Its gestation period is 245 days. A two-year interval between pregnancies is often observed. The average weight of a small at birth is around 40 kg.

Its two predators are lions and humans in search of trophy. It is also threatened by rinderpest. Actually, this species tends to disappear, it is a species to protect.