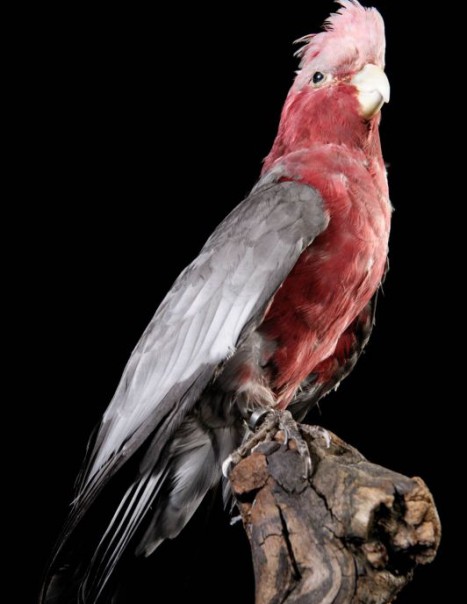 The rose-breasted cockatoo frequents mountain forests, it tends to live in temperate lowland forests. During the summer season, it is more common in wooded areas of altitude, staying primarily in small cool, shady ravines and always near a river. In winter, it moves willingly in more arid woodlands to more moderate altitudes.

This bird is the emblem of Australia where it occupies the entire continent. Three subspecies are officially recognized.

During the nesting season, rosalbins cockatoos live in pairs or in small family groups, but the rest of the year, they gather in bands, in places where food resources are important. The feeding places are separated by many miles from resting places. At dusk, cockatoos drink and perform aerobatics before joining the dormitory. Occasionally they can be active and noisy at night.

It sometimes travels long distances and its landing is preceded by long downward spirals that make it well visible.

Reproduction takes place between February and June. Most of the time, the nest is a natural cavity in an eucalyptus, between 2 and 20 meters above the ground. The Cockatoo tear the bark of the trunk around the hole that is the nest entrance.

In general, many pairs nest in close proximity to each other. The partners involved in the development of the nest. They adorn the bottom of the cavity  with twigs they chew and litter the bottom with trash trees.

They usually mate for life and are loyal to the same nesting sites for several consecutive years.