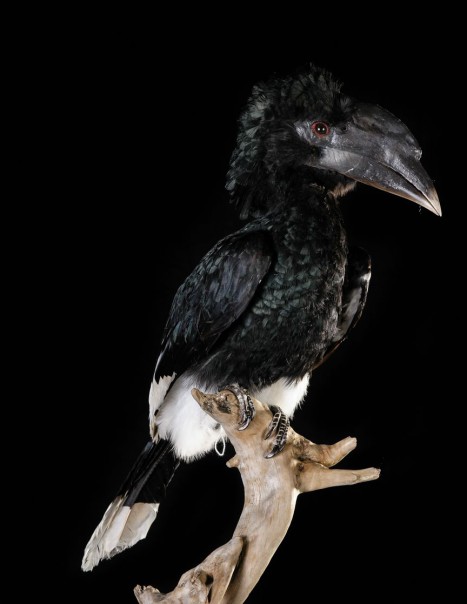 The black-an-white casqued hornbill is also known as the grey-cheeked hornbill.

This species is a large black and white hornbill. It has an oversized blackish beak with a large helmet on top. The female is slightly smaller than the male and has a significantly smaller helmet.

The black-and-white-casqued hornbill lives in wooded habitats in central and western Africa, ranging from western Kenya to Ivoiry Coastwith an isolated population in north Angola.

It is a monogamous species, and pairs nest in suitable tree cavities. The female usually lays up to two eggs.

The diet consists mainly of figs, fruits, insects and small animals found in the trees.

Widespread and still locally common, the black-and-white-casqued hornbill is not threatened.