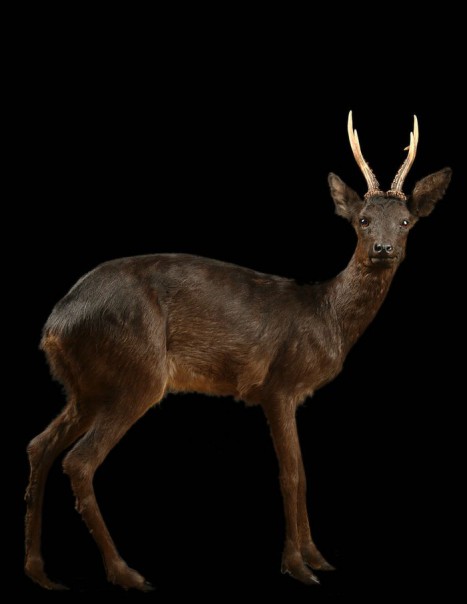 These ruminants lives in the forests of hardwoods and conifers. The deer is present in Europe and Asia, where it can reach 20 to 30 individuals that will be called a Harde. It lives in the woods, coniferous deciduous forests, in the herbaceous vegetation groves in the glades, coppice, fields, meadows, parks and wildlife reserves. It is sedentary, except during the rut where the male moves to go impregnate as many females on its territory. It is a crepuscular animal but is also visible in daylight.

It can lives alone, in pairs or in family groups consisting of one or several females and their fawns. Excellent runner and jumper, the deer is also a good swimmer, but only chooses this option when threatened.

In the absence of natural predators, the deer has become the most common wild herbivore mammal in the forest, in many countries of the northern hemisphere. It remains yet very discreet. It is close to the edge in the early morning or at night, it fleds human contact. Deer have a morphology adapted to the race and bounds. They can leap up to 1.75 meters high and 6 meters in length. They run much faster than their predators in the absence of wolves and lynx. A deer is driven to sprint.

The male deer is called brocade. It alone carries wood, rather short, it loses in the fall. The female deer is the kid. It never wears wood. The young deer is called fawn up to 6 months, then chevrillard from 6 to 12 months. The fawn is spotted for two months, the spots are aligned. Deer undergoes two molts per year, in spring coat becomes bright red and autumn coat turns gray-brown. Its age is determined by the teeth of the lower jaw.
Agile and fast, it has a brownish color and rather gray side when it reaches adulthood. At the same age, the male weighs 2-3 kg more than the female. Because of its size, it is considered as the smallest native deer in Europe. The deer is said anoure meaning no tail.

They can live up to 15 years with a record 20 years, most but not exceeding 10 years in the wild.