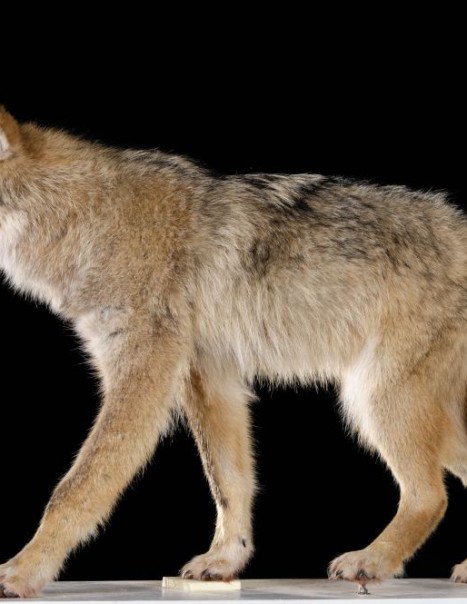 Coyotes are found in North America, Central America, South America. They generally live in packs but they used to hunt alone.

The size of coyotes does not exceed 60 cm at the withers and their fur is gray to fawn. The ears and snout is long and pointed. They run very fast, thanks to their slender, muscular and very long thin legs, they can reach a speed of 60 km/h. They are faster than the wolves.

It weighs between 9 and 16 kg. It can be identified by its thick, narrow tail, it is often due to the ground. Because of its slim appearance, it is distinguished from its closest relative, the gray wolf, which can weigh 35 to 60 kg

Coyote adapts very well and lived in various places. Its behavior varies greatly habitat but generally it lives and hunts alone or in pairs.

They like small mammals, shrews, voles, rabbits, hares, raccoons, porcupines pigs, deers, birds, snakes, amphibians, crustaceans, insects, fish foxes. It is omnivorous although it has the reputation of being essentially scavenger. It changes its diet according to the food sources available and can even eat fruits, herbs and other plants like berries.

Coyotes are monogamous and mate in February; litters are 5 to 7 small who are born in late April, early May. When they reach 8 to 12 weeks, they learn to hunt. They usually move at 15 km and at one year, young are sexually mature.

They live an average of 10 to 14 years in the wild and up to twenty years in captivity.