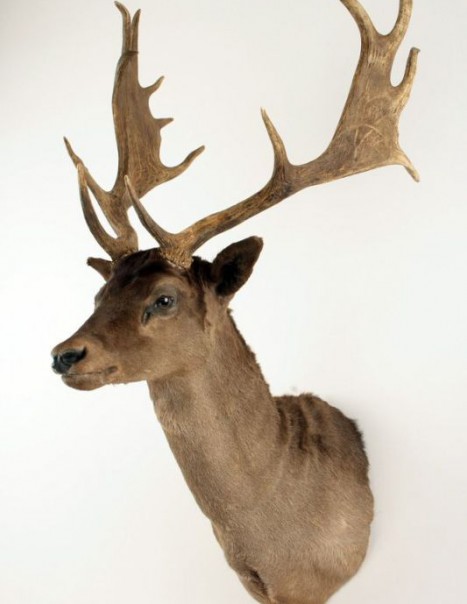 This common species is native to western Eurasia but has been introduced in many countries as Canada, United States, South Africa, Australia, Morocco, Tunisia.

An adult deer measures 1 meter at the withers. The male deer can weigh up to 80 pounds and lives in general more than ten years. Deer can run very fast, up to 48 km/h during a sprint.

Only the males have large timber, they are big boned. They can measure up to 90 cm at the shoulder almost the size of the animal. The main axis of the timber is the stave in which circulates blood. The stave is based on the skull at the pivot; and stave is divided into several branches.

During the rut, males fight each other to impress the females .The suede coat varies. In summer, in general, peeling back of an adult deer is brown with white spots on the flanks. The belly and thighs are white. The coat darkens in autumn and becomes gray or black in winter; the fallow undergoes two molts per year. Some deer have a white or black coat.

They eat grass and small shoots. Their stomach is comparable to that of a cow. They also feed on chestnuts and acorns and mistletoe. In winter, they eat brambles and ivy growing on tree trunks.