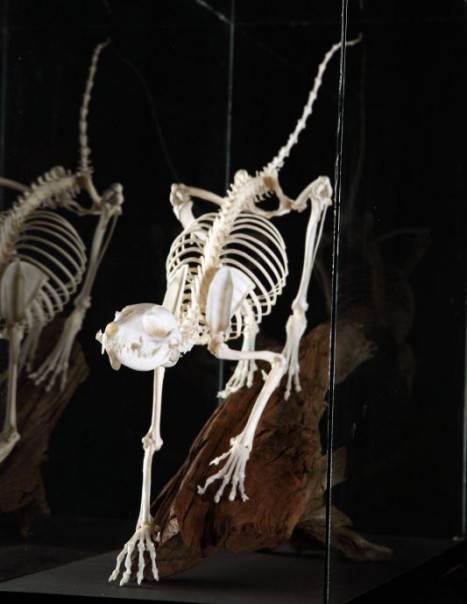 The fennec fox or fennec is a small nocturnal fox adapted to life in the desert. It is found in the Sahara of North Africa.

It belongs to the order of Vulpes and is part of the dog family.

This animal is distinguished by its small size. It is between 20 and 40 cm with a weight not exceeding 2 kg. It is much like a fox with the exception of its very long ears of 10 cm, a pointed snout and very long mustache. Its coat is pale brown with a shade of white. Its very furry tail can measure up to 30 cm.

The fennec fox is an omnivorous mammal. It mostly comes out at night to hunt when the temperature is falling. It is a small very clever animal for hunting. Using its big ears, it has very sensitive hearing to hunt prey. It eats mice, small birds, lizards and insects, but also fruit.

Its burrow is buried up to 2 meters below the surface, as in the day, the sand is very hot, reaching 70 ° C. Therefore, it is a nocturnal animal. It spends its time sleeping during the day and will chase the night. During sandstorms, the female covers the little ones with its long tail to hide and warming.

Its body is adapted to life in the desert, it can stay without water indefinitely. Some insects that make up its feed containing more than 70% water. The kidney function is more developed than that of a human. This allows it to eliminate more waste while rejecting less liquid or urine.

Fennecs are sexually mature from 1 year. Couples are formed for life. It is the male who feeds the female during pregnancy. The gestational period is between 50 and 52 days. Female has a range up to 5 youngs.

Its lifespan is 10 years in the wild. However, they are mostly caught by the men to make them pets. The fennecs traffic is now prohibited.