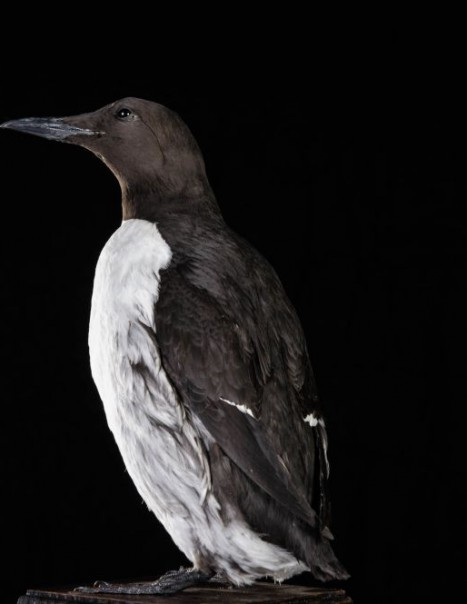 Brünnich’s guillemot is also known as the thick-billed murre.

It is a bird from the family of penguins and is classified within the genus Cephas that belongs to the class of vertebrates.

It is present everywhere in the world. Some are on the coasts of Scandinavia, the British and Brittany Isles in Europe, others live in Iceland, Alaska, Newfoundland and some live in Greenland. But the majority holds around the Pacific and North Atlantic . There is a strong resemblance between guillemots from the East Coast and those from the West.

The bird is characterized by its ability to dive to hunt fish.  It is capable of reaching 150 m deep, which is why it is one of the birds that comes down to the deepest. To swim under water, it uses its short wings for propulsion and its legs are used as a rudder.

They generally live near the shore to find food by diving directly after detecting prey. Besides the fish that are part of its main plan, it also eats invertebrates, crustaceans, mollusks and worms found in rocks underwater or near the land and also feeds the algae lying in shallow water .

For its nest, it will be put under tree roots or cracks at the top of rocky cliffs or steep slopes to protect themselves from predators such as mammals or birds. Reproduction takes place in May. After this period, there will be no reproduction, at least not until the following year. Their mating occurs in the water, the egg will be placed directly on the bare rock and the two birds will take turns to incubate.