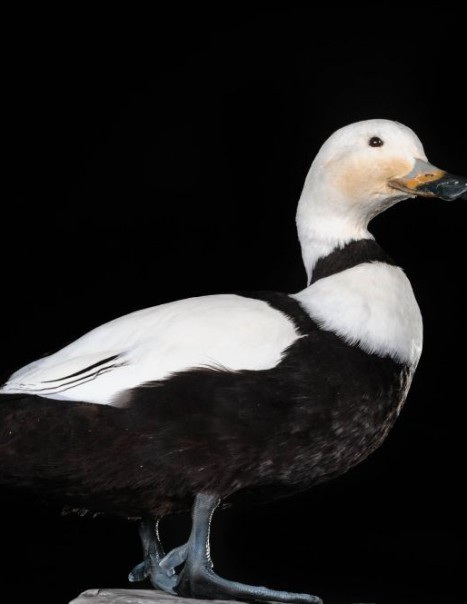 The Labrador Duck is a species of extinct palmipède, belonging to the subfamily of the Anatidae. It was the only representative of the genus Camptorhynchus.

It was present in four Canadian provinces : Quebec, New-Brunswick and Nova, Scotia and Gulf of Saint Lawrence.

Its hunting during the rainy season is probably the main factor of its demise.

Its original small population size, its limited distribution and its specialized feeding ecology made it highly vulnerable.

The last specimen was shot down on Long Island in 1875.