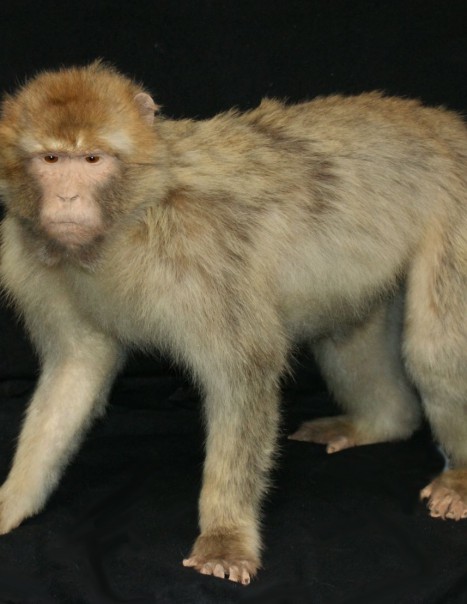 The name of this species refers to the Barbary Coast of Northern Africa.

The Barbary macaque lives in the Atlas Mountains of Algeria and Marocco and there is also a small population in Gibraltar. It’s therefore the only non-human primates found in Europe.

They live in troops of as many as 100 members and the males help care for the young, grooming and playing with them. This distinguishes them from other macaques. The males sometimes focus attention on youngsters that aren’t their offspring. This may be because females mate with all male members of the troop so paternity is uncertain.