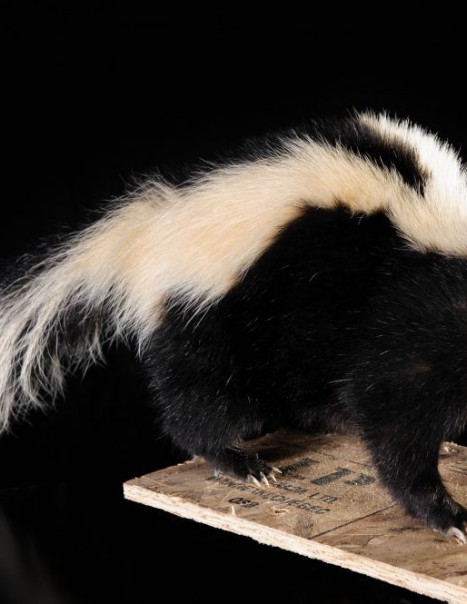 It is an omnivorous mammal of the Mephitidae family.

It is one of eight species of skunks found in North America, Mexico, Canada and the United States.

Striped skunk has a black body with a white stripe on each side of the back, extending to the tail. Both bands unite to form a large white patch on the neck and top of the head. A thin white line adorns the front of the animal.

Same size as a domestic cat, it weighs between 1.2 and 6.3 kilograms and is 33 to 46 cm long without the tail and the tail measures 18 to 25 cm and its end is sometimes white.

Mating takes place in February or March and after a gestation period of 42 to 63 days, the female gives birth to a litter of five or six young in early May. The young are blind at birth and follow their mother until the end of June or until July.