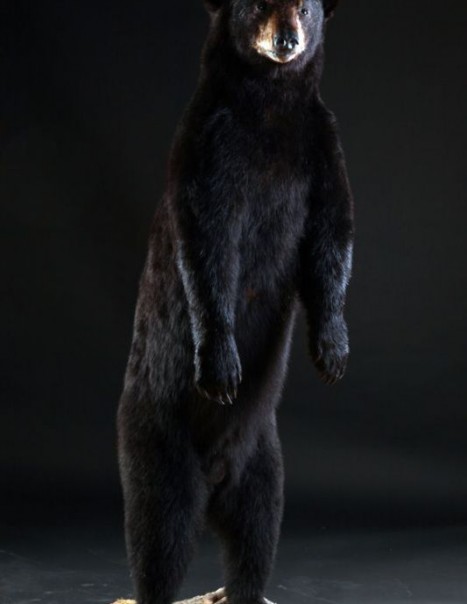 The black bear or Baribal is the most common bear in North America. This is a small bear. It is often black with a muzzle and a lighter belly but it can be, depending on the population, cinnamon brown, cream or bluish. Its eyes are small, a pointed snout, ears are rounded and its tail is short. It’s a very intelligent mammal.

It can live up to 30 years but most die around 10 years because of  men or accidents. Despite its appearance, black bear is very agile, it easily climbs trees and short up to 55 km / h. It is found in Alaska, Canada, in most of the United States and Northern Mexico. Its habitat is forest, boreal, or mountainous, wet forests, in swampy areas or tundra; at an altitude of 900 to 3000 m. It feeds mainly with herbs, fruits, acorns and insects.

The black bear is classified as least concern. It is prized for its fur, meat. It is protected in natural parks.