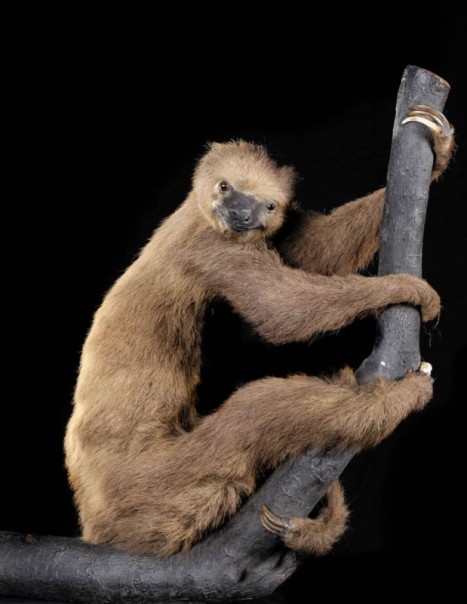 The pale-throated sloth lives in the rainforest, south of Central America, northeast of Argentina. It lives in the hills.

Tail and outer ears are underdeveloped, its head is slightly rounded with a blunt nose. Its body is covered with a long, rough coat. Very small chlorophyll algae live in the crevices of its hair, which gives the lazy a greenish appearance that enhances its camouflage.

Males carry on their back a skin orange colored and striped by a dark line. Females have two teats. The sloth is armed with long , tight, arching and hollow claws, the central claw is the largest.

Their gestation period is 6 months, giving birth to a single pup, which depends on its mother carrying it on its back for 9 months, although it is weaned after 1 month.