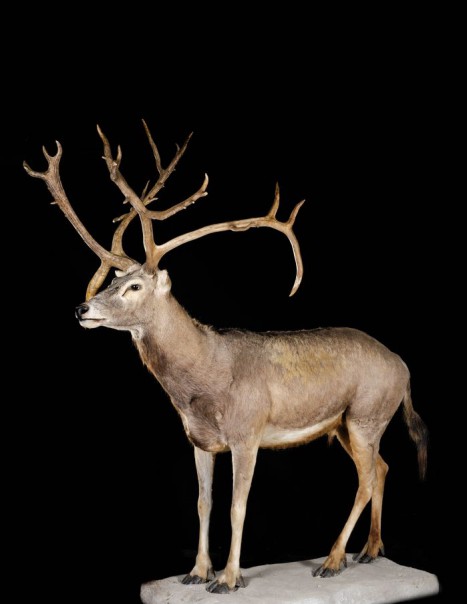 The Pere David deer is a deer that lives in captivity. It lived in wetlands where it grazed grass and aquatic plants. It is native to the northeast and west central plains of China until 1956.

In 1987, there were 1.750 indivuduals worldwide in some twenty countries. At that time, the London Zoological Park offered four individuals at Beijing Zoo. It was the first specimen to return to their country of origin and China carried out a reintroduction of the species in its native habitat.

Adults weigh from 130 to 200 kg. Gestation lasts nine months and the scope has a two awns. They reach their adult stage at the age of 14 months and their longevity can reach 23 years.

It has a long tail, large hooves and branched wood. Its summer coat adult is red with a dark dorsal stripe, the winter is dark gray. Fawns are spotted. It lives in the family group and stay together for most of the year, except for the rutting period, during which the male lead independent lives by seeking to ensure the possession of a harem.

Père David’s deer love the water. It is thought that its original habitat was a swampy region of north-eastern China, where it had adapted to an aquatic environment. This is a very good swimmer by hot weather. The male likes to wallow in the mud at the edge of lakes and ponds, an adaptation to the semi-aquatic life.

It feeds mainly on grass, leaves and young shoots. It depends on the type of vegetation it finds in its environment. In the summer, it willingly attends the backwaters and rivers and complete it while grazing its usual diet of aquatic plants.

This species is considered critically endangered but do not appear to have suffered genetically because of the small size of its population.