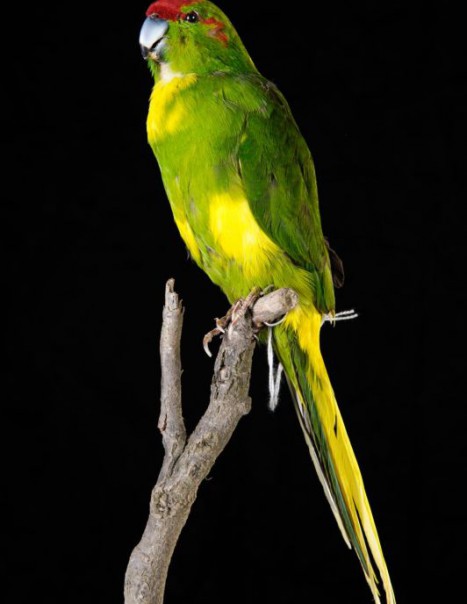 The red-crowned parakeet is the most common species of the genus. The name commemorates the Sparrman descriptor of the species, the Swedish naturalist Anders Sparrman (1748-1820).

The Red-crowned parakeet has six subspecies including two extinct

This bird has a mainly green plumage. The forehead is red. This coloration extends beyond the eyes in the form of a comma. Flight feathers are blue. The male is slightly larger than the female and has a more massive beak. The species measures between 27 and 29 cm long and weighs between 43 and 113 gr.

This bird is a very common Psittacinae in farms in its wild form and variegated mutations.