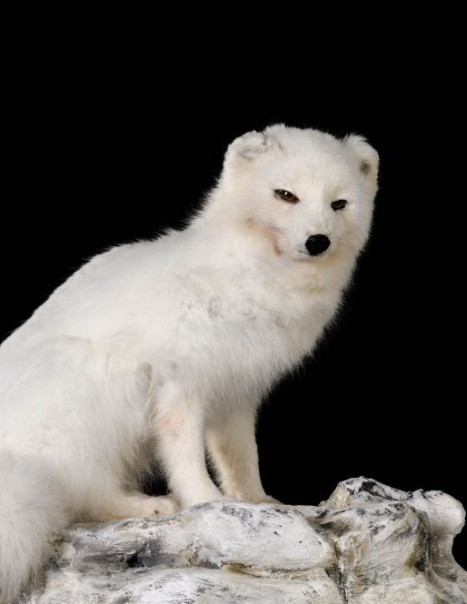 The arctic fox is also called white fox. It belongs to the species of Vulpes. This is a canine belonging to the class of mammals.

As it can withstand temperatures of up to -70 degrees, it lives in polar regions : Greenland, Russia, Alaska, Canada, Iceland.

Arctic fox weighs 2.5 kgs and measures between 75 and 115 cm. It has a large bushy tail which represents 1/3 its size. The coat changes with the season. Indeed, in winter, the coat is thick and white. In the month of May, peeling decreases and turns brown. At the beginning of summer, back, tail and legs are dark brown. The belly and flanks are buff. Some fox adopts a pale blue color, which becomes darker in summer.

It is a carnivorous animal. In the vast expanses of tundra, fox feeds almost exclusively on lemmings (small rodents) and a minority of eggs, birds and berries in the summer. It goes hunting at night. In its other areas of habitat, usually less cold, it eats rodents. Its diet is also made up of fish and remains of seals (or their offspring) in coastal areas.

It breeds in the month of March. Mating occurs after a love game’s period.The gestation period is about 55 days, during which the couple is in a den near a lake or river in an area where the soil is sandy and stable. Females give birth to about 11 pups (it is the  longest range among mammals). The male is in charge of the hunt while the female care for the young.

According to IUCN conservation status, it is not endangered (minimal concern).