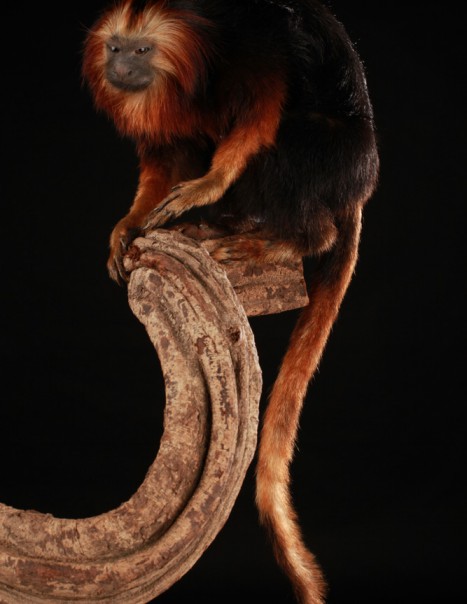 The golden-headed tamarin lion is endemic to Brazil. It is found only in the lowland and premontane tropical forest fragments in the State of Bahia.

The golden-headed tamarin lion belongs to the family of callitrichidae.

Its under family (Leontophithecus) contains 4 under species :

It has a very wide diet. It eats plants, fruits, flowers, nectar, insects and small invertebrates; which include insect larvae, spiders, snails, frogs, lizards, bird eggs and small snakes. The golden-headed lion tamarin spends much of its time foraging and traveling within its home range to the next foraging site

This species is considerd to be an endangered species.