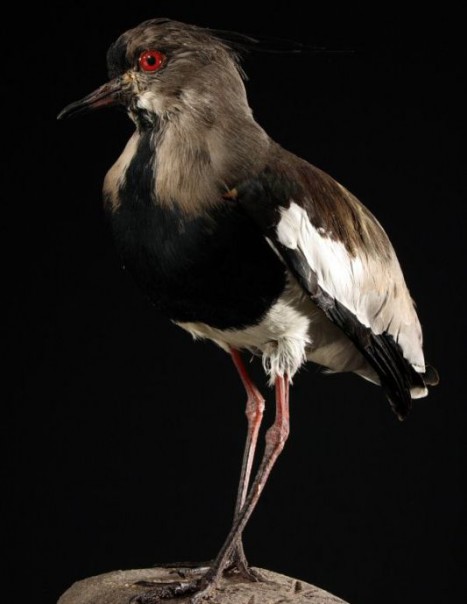 The Blacksmith Lapwing is a bird of the order Ciconiiformes.It is also know as blacksmith plover.

This can be observed in a set covering the southern and eastern Africa, specifically in South Africa, Kenya and in Tanzania. They are often seen near water sources, muddy shorelines and floodplains, even if it does not venture further into the water. It also travels inland, grasslands near domestic herds, and agricultural land as alfalfa fields.

The Blacksmith Lapwing is a medium sized wader, between 28 and 30 centimeters. The three dominant colors of the species are easily recognizable, alternating between white, gray and black. The belly is white, also the top of the neck and on each side of the head. The wings are slightly shaded, with the exception of primary feathers and scapulars are black. The rest of the body is black. The legs are very long, which enables it to cover large distances quickly, especially in wetlands. The total weight of the animal varies between 114 and 213 grams.

Always fast moving, blacksmith Lapwing feeds almost exclusively on insects, small worms and mollusks and small crustaceans. When hunting, Blacksmith Lapwing sprint for a short distance, stops and stares at the floor before seizing its prey, like the cattle egret.

Naturally territorial, it is exclusively monogamous. Reproduction is distinguished by two periods from March to May and September to December. Although youth mortality remains high due to many factors.

The species is not endangered.