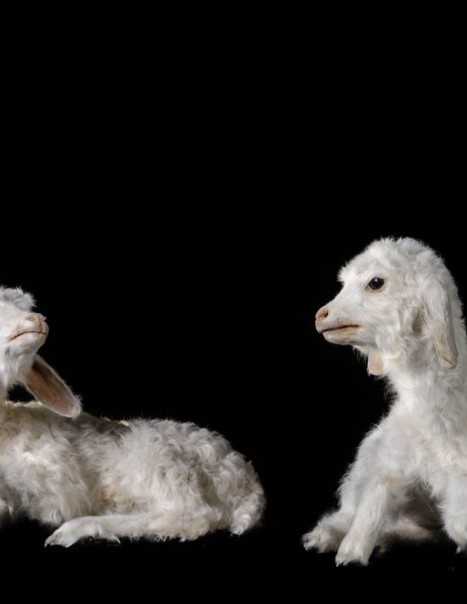 The lamb is a herbivorous mammal of the Bovidae family.

It is a domestic ruminant mammal, yet there are still 6 wildlife. These are ointments walking on two fingers from the Middle East.

This is one of the first animals to have been domesticated and is especially valued for its wool and meat. Sheep wool, the animal fiber most used, is usually harvested by cutting with shears (shearing).

The sheep are relatively small, with, usually, horns on the side of the head and curly hair called wool.

Domestic sheep range from black to white chocolate and can even be spotted or piebald.

Sheep breeding strategy is similar to other livestock species. A flock of sheep is usually fertilized by a single ram, chosen by the farmer or the ram dominant after a fight with other rams in the wild. Most sheep have breeding seasons due to report day/night, although some are able to reproduce throughout the year. The sheep generally reach sexual maturity between six and eight months, rams usually between four and six months.

After mating, the ewes have a gestation period of about five months. Most sheep have litters of one or two lambs although some breeds can have larger litters regularly.

The average life expectancy of a sheep is 10 to 12 years, although some sheep can live 20 years