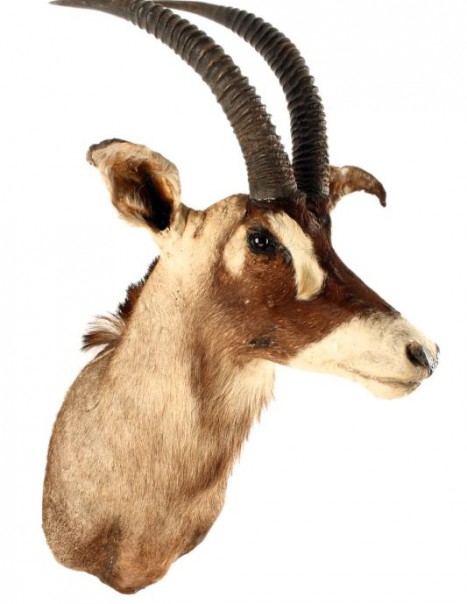 The roan antelope is part of the Bovidae family, subfamily of antilopinés, tribe of Hippotragini.

It is called “horse antelope”, because of its size, shape and mane reminds us of horses. Its length varies from 190 to 240 cm and its tail from 37 to 48 cm. It heights at withers between 130 and 160 cm, weighing from 220 to 300 kg. It is the second largest antelope after the momentum, instead it shares with kudu, which is the same size and weight. Its coat is fawn to dark sand reddish, with white underneath. Its face has black and white contrasting markings. The ears are long with apexales clumps.

Lions, hyenas and leopards can attack these antelopes, but they are very powerful and do not hesitate to charge, in addition they can run fast to escape predators.