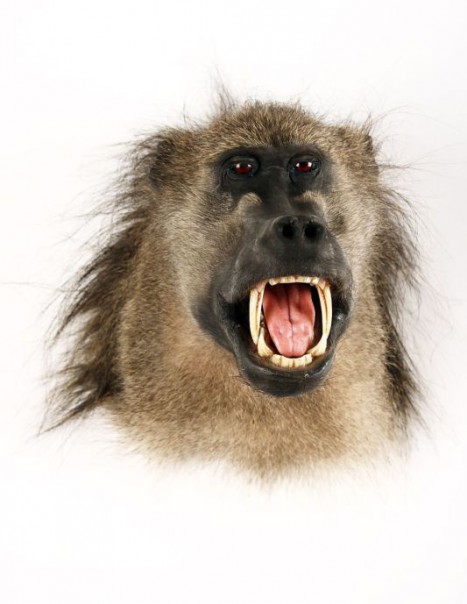 The Chacma Baboon is one of the heaviest baboons.

Its coat is gray- green when we observe distance and gray to dark brown when viewed up close. Its face is sharp and pointed. Males do not have a mane.

It is found in southern Africa, where it lives in varied habitats ranging from deserts to grasslands.

Sexual maturity is reached at the age of 3 to 5 and the gestation period is about 6 months. A litter has only one baby .

The species is not really threatened. However, in some places, its habitat is declining.

Also some are killed because they are too aggressive and dangerous.