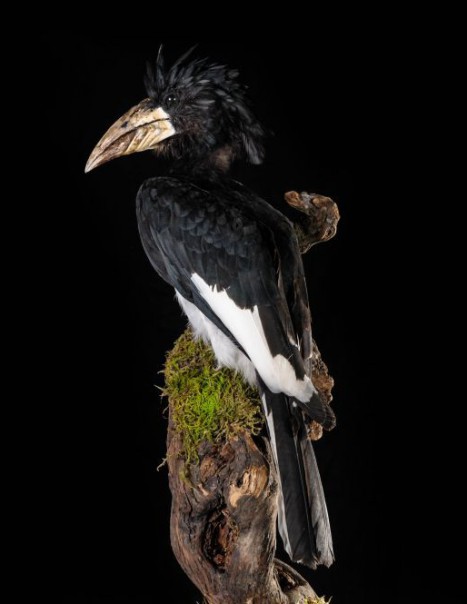 Three subspecies are recognized:
The bycanistes fistulator is the one with the most voluminous helmet.
This hornbill exclusively frequents woodlands. It is found in primary forests of evergreen trees and gallery forests in mangroves and swamp forests. Occasionally, it settled in the forests during regeneration, plantations and lowland areas up to 600 meters. Their range forms a band more or less wide that stretches from Senegal to Uganda.
Piping Hornbills generally forage at a height of 30 or 50 meters they pursue flying insects and ants legionnaires research. They usually live in family groups, which may contain more than thirty individuals. These birds are considered sedentary. Locally, hornbills plovers often travel quite long distances from fruit trees where they are restored to their resting places.

There is little information on reproduction. It seems that there is no mating season. Piping hornbills nest in January, April, June and October to December in West Africa. They lay their eggs in January, February, April, July and September to December in Central and Eastern Africa. The nest is located in a natural tree cavity. Laying includes 1 to 3 eggs but only one chick takes off.

Their diet consists of fruits which represent about 40 kinds of plants in 12 families. They also consume some insects.

Piping hornbill is not globally threatened.