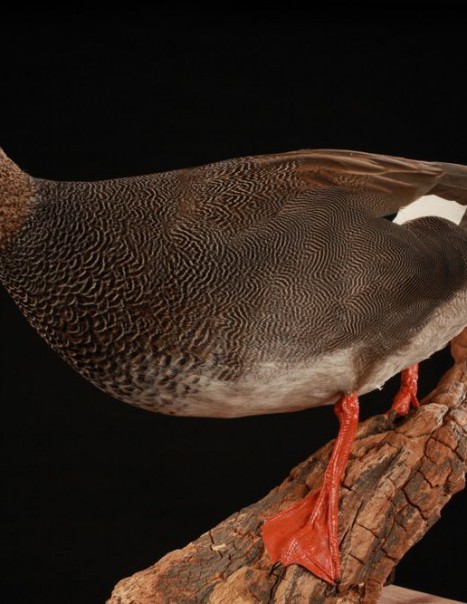 The gadwall is a common and widespread duck of the Anatidae family.

The male is gray with a black tail and white belly. The beak is gray. The female is difficult to distinguish from that of the mallard. In addition to its smaller size, it has orange color of the sides of the beak and white belly.

Gadwall regime is predominantly vegetarian : grasses, aquatic plants, seeds, leaves, stems, roots up its menu during most of the year.

This partial Migrator is monogamous. The nest is built on land, in the thick riparian vegetation. It is usually hidden under dense vegetation clusters near the water. The annual brood is programmed, the females are able to make a second substitution laying. Around April-May, the nest is made with leaves and down.

The duck has between 8 and 11 eggs with incubation of about 24 to 26 days. The flight of ducks is from 45 days. The following year, they reach sexual maturity and are able to make their first nesting.