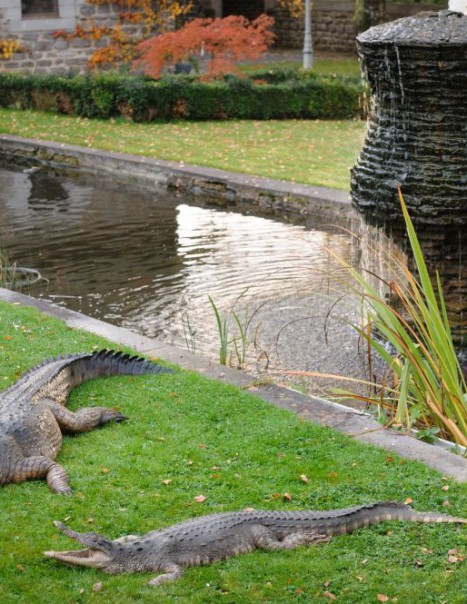 This copy is a reproduction of polyester Desert Crocodile. This reptile belongs to the order of crocodilians. Once considered a Nile Crocodile subspecies. Today it is recognized as a separate species. It is considered a relic of wet Sahara. Its size can reach 5 m

It is found in Mauritania to Chad. Despite the arid climate, it would appear to be accustomed to feed mainly on fish, birds, frogs. It is a species in decline and its populations are reduced due to the unregulated trade for skins and for their meat.

The crocodile of West Africa was known to be more docile than the Nile crocodile.