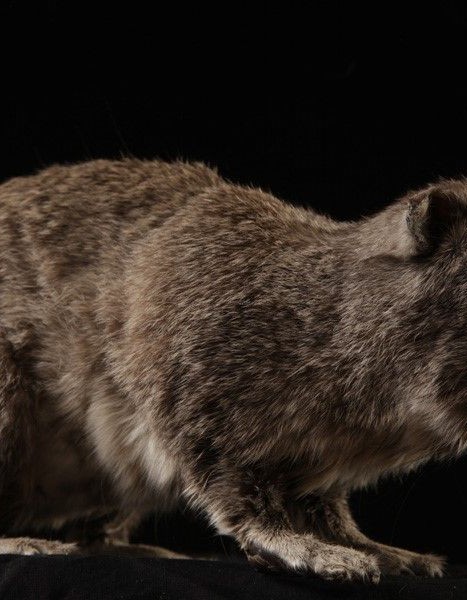 The rock hyrax is also known as rock badger or Cape hyrax.

The other 3 species are :

The rock hyrax, like the other hyraxes, is a medium-sized terrestrial mammal, superficially resembling a guinea pig with short ears and tail.

The rock hyrax is distributed in Africa and Middle East in habitats with rock crevices to escape from predators. Hyraxes typically live in groups of 10 to 80 animals. They have been reported to use sentries: one or more animals take up position on a vantage point and issue alarm calls on the approach of predators.

Its food is made 75% of herbs but it appreciates the young shoots and fruits.

Sexual maturity is reached at the age of 16 months and the breeding season varies by geographic location, it takes place from spring to autumn. The gestation period is 6 to 7 months, for a span is 2 to 3 small . Life expectancy is 12 years for males and females.

Over most of its range, the rock hyrax is not endangered, and in some areas is considered a minor pest.