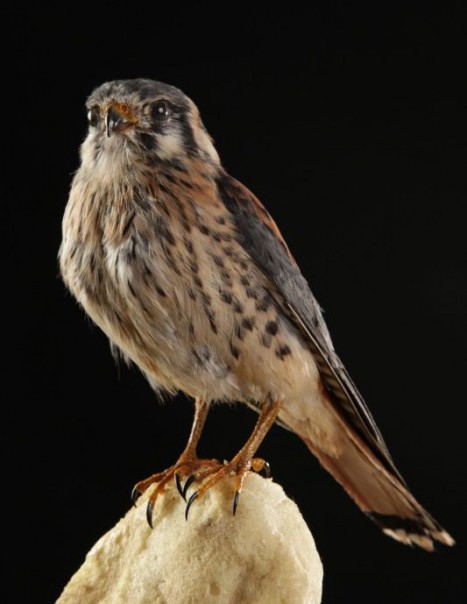 The common kestrel is a raptor belonging to the Falcon family.

This falcon is very common in France.

Its eyes are black. The female has a red tail. The male has the head and the tail slate gray. In both sexes, the terminal part of the tail is black.

Courtship displays begin at the end of February until March. During this parade they engage in aerial chases, which can be very noisy. The male courting the female by bringing prey. The female lays 3 to 6 eggs per year. These are white to cream marked of red brick. Nesting occurs from April to August. The duration of the incubation is from 27 to 31 days. The young guest from 28 to 32 days in the nest after fledging, parents ensure their learning for about another 28 weeks. Only the female incubates, the male supplies the female.

The Kestrels do not build nests themselves. They nest in old nests of crows or magpies, these nests are in the walls, trees or rocks, in old attics, bell towers, churches, skyscrapers.