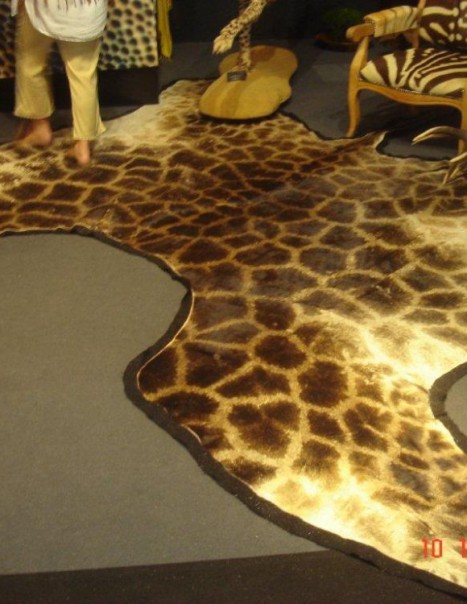 We realize a wide range of animal hides  : zebra, lion, cheetah, polar bear…
Those carpets are available with or without felt.