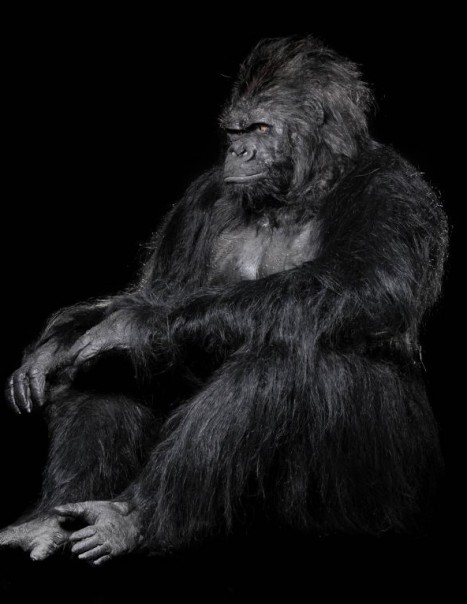 The gorilla is the closest of the human (98% similar DNA: it is one of the only animals in the world with fingerprints). It is an anthropoid primate from hominoid Family.

The species is threatened by habitat destruction and poaching.

It lives in Africa mainly in the plains or mountains. We must distinguish two large gorilla families:

Their coat is black but older males develop silver fleece in the back, so they are sometimes called “silverback gorilla”.

The captivity of the animal plays heavily on longevity of life (30 years in the wild against 50 years in captivity), but also on its weight (a gorilla never reached 350kg in the natural environment).

The gestation period of females varies from 250 to 275 days.

It is a diurnal animal, when night comes, it builds a nest in minutes on the ground or in trees according to its residential area.

Several groups can coexist in the same area, but they nevertheless seek to avoid when pickups: the gorilla is an animal that feeds on leaves, fruits, shoots and stems and sometimes insects.

Regarding their communication, their way of hitting the chest was made famous by the cartoons and movies: it is actually a way to accommodate a sort of welcome ritual. But that is not all, one study found that as many as 102 signs are known and allow them to communicate.