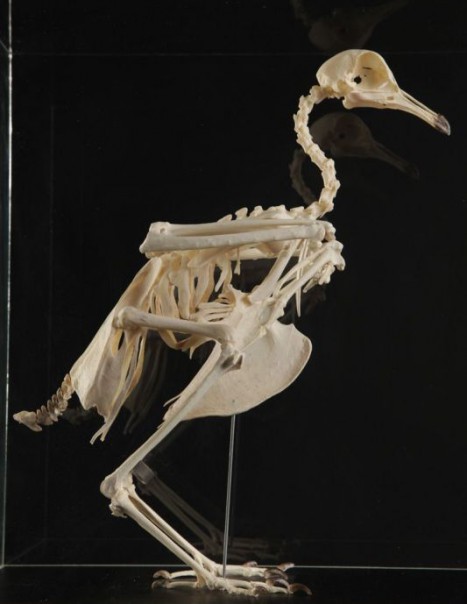 This very large land pigeon, native of New Guinea, has a stocky figure and the imposing stands out with its long crest erected over the head like a fan.

They are confined to rain forests in areas of plains and hills below 200 meters above sea level, in wooded areas on flat land beside a stream. These birds particularly appreciate wet areas such as wetlands or grasslands that are temporarily flooded by water.

There are 3 species of Gouras.

They spend much of their time on land searching for food. When they are disturbed, they fly off precipitously with explosives flapping wings. We can easily locate them by their contact calls. Crowned pigeons are not fearful, it is relatively easy to approach the condition of being very discreet. They perform courtship displays in which they stand their tail. During latter ritual, the female remains silent while its partner emits a short whistle. If unfriendly meeting, the two members of the couples stand and shakes their tail up and down to create a deterrent effect.

The nest can be considered as a relatively bulky structure. It is placed on a horizontal branch to a great height above the ground of 6 m and located near a river. Laying has a single white egg hatched in turn by the two parents for 28 to 29 days. The young pigeon is raised by its two relatives until it leaves the nest after 30 to 36 days. After the flight, the male continues to occupy the little until it reaches the full independence at the age of 8 weeks.

Their food consists mainly of plants. They look especially their food on the floor where they find fallen fruits, seeds, grains and probably invertebrates.

This species is now quite rare.