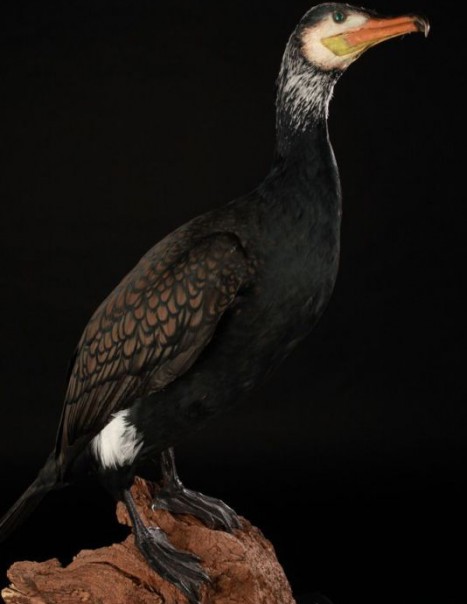 This pélécaniforme is widespread on the coasts but also on large lakes, rivers estuaries along the coast and in ports. It is a large bird which etymologically means “Sea Raven.”

There are 2 distinct European species

This diving bird is black. Its beak is yellow and it measures between 80cm and 1m.

During the breeding season, its white cheek becomes brighter and a white spot appears on its thighs. Sometimes it is seen perched on mats, stakes planted along the coast, on the rocks, sandbanks.

Between dives, it swims with a good part of its body immersed what distinguishes very clearly from ducks, geese and gulls. It swims slightly raised beak and flies rather heavy way. It’s not a bird with particularly agile movements, it has a reptilian behavior.

It nests in large colonies on rocks and cliffs generally in other species of birds company, it also nests in trees that they often end up killing their droppings. It is accused of creating a lot of damage in fish farms.

They make great nests built by the female. It is composed of various plant materials that the male could bring, they can use the same nest from one year to another, but they will bring new branches each year to enlarge the nest. The female lays 3 to 4 eggs and young will wait 3 years before its adult plumage.