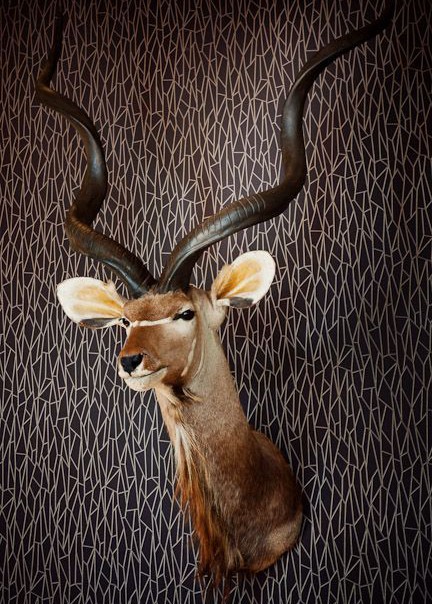 The greater kudu shoulder mount is a unique decorative item.