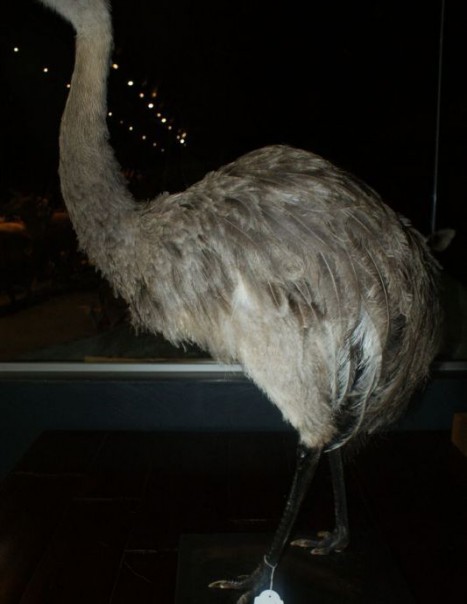 This is the largest bird in America. While most have a brown plumage, few individuals are whitish.

It is found in South America, Brazil and Argentina. It attends to the pampas, woodland and tree, lush forests, dry forests, savannas, swamps. On the other side, it avoids open grasslands. During the nesting season, it stands near rivers, lakes and marshes.

In spring, the males are solitary and females form small groups. After breeding, these groups can reach 20 to 30 birds or more. The breeding season occurs between August and January. The male is polygamous and courts with many females whose number varies from 2 to 12.

After mating, the male builds the nest in a shallow cavity in the ground with a border that is surrounded by twigs and vegetation. Each female lays its eggs in the nest of the male, each in a different light for a period that lasts 7 to 10 days. Two or three days after the first laying, the male remains at the nest and begins to smolder. The entire brooding generally includes 10 to 16 eggs. Incubation lasts 35 to 40 days. The youngs are precocial and are escorted by the male during their education. Females move from male to male during the breeding season.