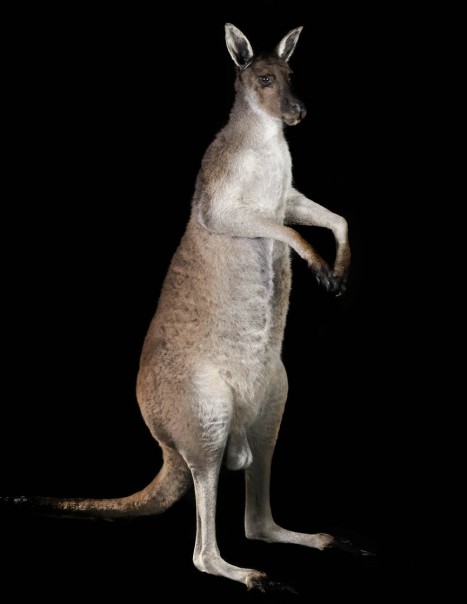 This species is a large common Macropus in southern Australia. It looks very similar to the giant kangaroo.

It measures between 0.9 and 1.4 m high with a tail of 0.75 to 1 m and a weight of 15 to 54 kg. The male is approximately twice as large as the female with a weight of 54 kg against 28. It has a thick, coarse fur ranging in color from light gray to “chocolate”; neck, chest and belly are clearer. Head, small with thinner hair than other kangaroos, carries two large ears. The male has a very strong, unpleasant odor, which earned it the nickname “stinky” in English, “the stinker.”

It is found from Shark Bay in Australia to New South Wales and Queensland. It lives in the woods, savannas and grasslands in semi-arid regions. It is nocturnal and lives in bands of fifteen individuals.